Save a tree. Do not print this unless it is really necessary

The exhibition of Marian Warzecha’s work held at the National Museum in Krakow, while modest, is a vitally important initiative aimed at presenting the oeuvre of this eminent artist.

Marian Warzecha (born in 1930) ranks among the major and most interesting representatives of conceptual art in Poland. He studied painting (1948–1950) and stage design at the Academy of Fine Arts in Krakow (1952–1957), earning a Master’s Degree in 1957 under Andrzej Stopka. That same year he co-founded the Krakow Group (Grupa Krakowska) II.

Throughout his creative life, Warzecha has remained an intimate and highly original artist, focusing primarily on impassive documentation of his reflections on life and the essence of art. What especially distinguishes his work is its reductionist aspect, the striving to convey maximum content with minimum means of artistic expression.

From the second half of the 1940s onwards, the artist executed collages, which he put into use in his oil paintings alongside elements of assemblage. In his painting, even when a human figure appears, it is radically simplified, stripped of individual features, taken out of reality and placed in its unique timespan, devoid of background, the past, the future, and even the present, thus becoming an almost abstract entity.

Throughout the 1960s and 1970s, deeply convinced of the creative affiliations between the world of art and science, the artist executed the Metazbiory (Metasets) series inspired by the mathematical principle of precision – a sort of a manifesto of an independent Polish conceptual artist. 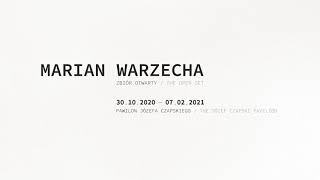 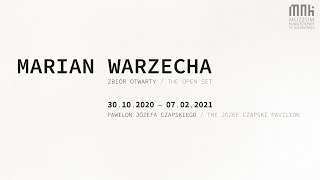 PARTNER OF THE NATIONAL MUSEUM IN KRAKOW

STRATEGIC PARTNER OF THE NATIONAL MUSEUM IN KRAKOW

Close Proceed to planner
Save the reminder
Thank You for your message.
We will respond as soon as possible.