Save a tree. Do not print this unless it is really necessary

The exhibition by Tamara Łempicka is an opportunity to enter the world of painting by one of the most remarkable artists of the 20th century.

We present over thirty paintings from museums and private collections in Europe and the USA.

The selection of works allows you to trace the artist’s work from the 1920s to the 1960s. From well-known portraits and nudes, which are today a symbol of the era and the ‘art deco’ style, through works on socially engaged subjects, still lifes, up to little-known abstract compositions created in the 1950s and impressionistic paintings painted with a palette knife from the 1960s and 1970s.

The main topic of Łempicka’s work was man. She most often painted representatives of the artistic bohemia, aristocrats and members of the financial elite of Europe and the USA. The pictures, striking the viewer at first sight with a characteristic style, hide in their ‘mannerism’ a deep sense of observing the world and people.

Part of the exhibition is devoted to the artist's self-creation. Łempicka’s work is inextricably linked with her way of life. Both art and life, at least public life, were largely controlled by her. An element of this control was her self-creation as an artist and woman – sublime, fashionable and wealthy. Videos and photo shoots prepared in cooperation with prominent fashion designers played an important role in Łempicka's promotion activities, including press promotion.

Co-financed by the Ministry of Culture and National Heritage

name of the task: Implementation of an exhibition of Tamara Łempicka's works at the National Museum in Krakow 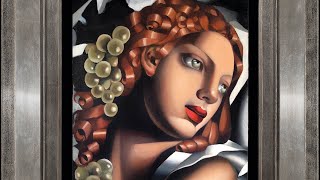 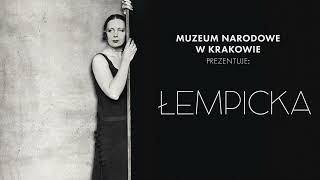 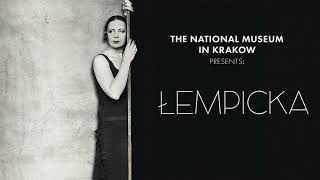 Co-financed by the Ministry of Culture and National Heritage

Patron of the National Museum in Kraków

STRATEGIC PARTNER OF THE NATIONAL MUSEUM IN KRAKOW